“The Voice of Wisdom” is a center for dialogue, peace and understanding. It was established by the Organization of Islamic Cooperation in October 2016 to utilize media and social networking platforms in order to expose and dismantle extremist rhetoric and reveal the intellectual and religious premises underlying this phenomenon.

The center performs the following tasks:

Debunk extremist speech and its mechanisms through social media platforms

Show videos and animations depicting the spirit of Islam based on mercy, peace, and security

Demonstrate moderate and accurate Qur'anic and prophetic policies in building internal and external peace, presenting them as a model for achieving the message of fraternity among human beings and religions, and confront extremist fatwas, which are based on the denial of the other and bloodshed, by offering pure fatwas that reflect Islam’s teachings of sanctity and unity of the human soul

Present the tolerant philosophy of Islam about ambiguous issues misunderstood by non-Muslims, such as issues pertaining to jihad, Islam's ethics in war, family law, family values, and multiculturalism

To complete and present monthly reports that follow the intellectual, political and military efforts to combat terrorism in the Islamic world, and to act as an information bank for the institutions concerned with this phenomenon

To draw up policies and practical courses of action to consolidate the values of tolerance in Islamic societies, combat extremism and submit proposals to the Secretariat for adoption in the drafts of the organization's periodic conferences

Sawt Al-Hikma (Voice of Wisdom) Center of the Organization for Islamic Cooperation (OIC) works in parallel, in partnership and in cooperation with international organizations, notably United Nations centers and initiatives to combat extremism and terrorism, as well as relevant governmental and non-governmental organizations.
In addition, the center’s aim is to bring together scientists, researchers, historians, specialists and distinguished academics fighting extremism, sectarianism, and violence. By doing so, the center aims to serve as a common platform that expresses the Islamic world’s political and scientific stance towards these phenomena, and to present its efforts in fighting them.

The legal reference for Sawt Al-Hikma (Voice of Wisdom) Center of the Organization of Islamic Cooperation (OIC) is as follows:

Sawt Al-Hikma (Voice of Wisdom) Center of the Organization of Islamic Cooperation (OIC) is cooperating with a large number of highly experienced and reputable consultants to introduce Islam, combat extremist thought and respond to fatwas of injustice and violence in many countries of the Islamic world.

Below is a list of some of the Sawt Al-Hikma consultants: 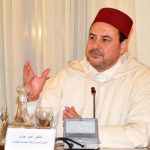 General Secretary of the Muhammadiyah Association of Scholars of Morocco 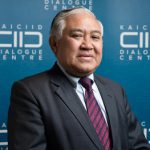 President of the Muhammadiyah Association of Indonesia 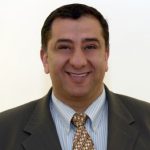 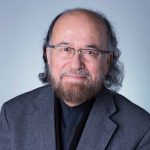 An Afghan researcher specialized in anthropology of the Islamic peoples

Sawt Al-Hikma (Voice of Wisdom) is a center for combating violent speech that follows directly the Office of His Excellency the Secretary-General in the General Secretariat of the Organization of Islamic Cooperation. Its directives are drawn directly from the Secretary-General, the Director General of the Diwan, and the execution of its programs depends on his own independent administration.

In its first phase, Sawt Al-Hikma (Voice of Wisdom) focuses on presenting authentic thought through social media and the World Wide Web on current topics in the following languages: Arabic, English and French.