Muslim rugby player Sonny Bill Williams’ team, which is currently in Canada, respected his refusal to wear the logo of the team’s betting firm sponsor because it violates his religious beliefs.

Williams is keen to defend Muslim causes and oppose Islamophobia. 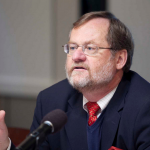 “…[Muhammad] was the only man in history who was supremely successful on both the religious and secular level.” Micharl Hart, […]