No Place for Intolerance in Australia

A police officer in Australia faces public demands to be sacked from the New South Wales police, after he appeared in a video berating two Muslim women. The NSW residents launched an electronic petition with thousands of signatures calling for his termination. 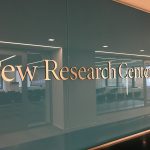 The American Pew Research Center launched a new service, which offers mini-lessons that introduce Islam and its beliefs, after discovering […]