Al-Adudi Bimarstan in Baghdad was the first hospital to provide services 24 hours a day. It had 24 doctors that treated patients in morning and evening shifts. The doctors were among the most skilled in the Abbasid era. 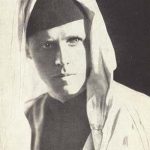 Knud Holmboe.. How did they convert to Islam?

Knud Holmboe, born in 1902 in Horsens, Denmark, was interested in religion and philosophy in his youth, and he converted from Protestantism to Catholicism in 1921. In 1924, he traveled to Morocco seeking deeper religious knowledge.