The story of a former Marine, Richard McKinney, from America, will continue to inspire many people around the world. He turned from a fanatic, who planned to kill two hundred Muslims, to one of the most prominent advocates of Islam in the United States. 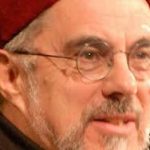 Daniel Moore.. How did they convert to Islam?

Daniel Moore was born in Oakland, USA, in 1940. He was talented in writing poetry from an early age. During the sixties, he became one of the most prominent young poets in America, and everyone predicted a great future for him.