Daniel Moore.. How did they convert to Islam?

Daniel Moore was born in Oakland, USA, in 1940. He was talented in writing poetry from an early age. During the sixties, he became one of the most prominent young poets in America, and everyone predicted a great future for him.

In the late sixties, he visited Morocco and met Sheikh Muhammad al-Fassi, who invited him to Islam. After several meetings, Moore announced his conversion to Islam and changed his name to Abd al-Hayy. He returned to the US to begin writing Islamic poetry in English.

American publishers were reluctant to print his poetry collections; however, his books became popular in many countries, especially in Islamic societies in Western countries. His most famous work is Ramadan Sonnets, which recorded his spiritual experience with fasting. 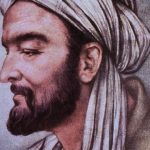 Al-Nur Bimaristan in Damascus was one of the most important Islamic hospitals known to Muslims. Many patients from different countries […]