Franck Ribéry.. How Did They Convert to Islam?

Frank Henry Ribéry was born in 1983 in Boulogne-sur-Mer, France. He showed a talent for football at the age of 7, so his father enrolled him in a local football club. He went on to become one of the most prominent players in France.

When he was young, he had a car accident resulting in a scar down his face. Ribéry learned about Islam, the Quran and the Prophet (PBUH) through his Muslim friend, Malik. He announced his conversion to Islam and changed his name to Bilal at the height of his athletic career.

After his conversion to Islam, Ribéry married Malik’s sister. His eagerness to fast and pray drove the major European clubs to provide him with halal meals and special rooms for prayer and for reading the Quran. Ribéry later became one of the most famous Muslim players in Europe. 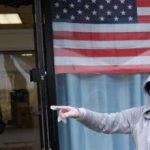 Muslims in Dearborn,Michigan are one of the largest Muslim communities in America, famous for spreading tolerance among different religions. During this year's Ramadan, they dedicated their charitable work to a specific category that combats the Corona virus.

Muslim Voters in the US

Muslim community leaders in many US states started ... Read More

In recent years, an increase in violence in ... Read More

The German government is launching a project that ... Read More

After the death of ISIS leader Abu Bakr Al-Baghdadi last year, researchers discovered short links, spread through social networks, leading to a giant and secret electronic library and considered it a ticking time bomb! What is the story of this deadly library?!