Pickthall learned Arabic and defended the positions of Islamic countries among the English society, a position that he had during World War I. He declared his Islam in 1917 after his talk on “Islam and Progress” in which he showed Islam as a modern religion capable of reigning Europe.

In 1920, he traveled to India and completed the translation of the meanings of the Quran into English in a literary style, which was licensed by Al-Azhar. He returned to England to lead the British Muslim community and correct prevailing concepts about them, until he passed away. 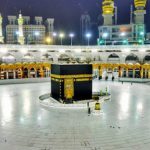 Muslims around the world celebrate this year’s Eid AlFitr in their homes to follow the rules of social distancing. The […]

A Danish court has sentenced a severe imprisonment ... Read More

The Celebrations of Bosnia and Herzegovina Muslims

Muslims in Bosnia and Herzegovina held a festival, ... Read More

Even though Afghan wives of the collapsed ISIS ... Read More