A Danish court has sentenced a severe imprisonment for the leader of a party affiliated with the Far Right after receiving evidence of them burning copies of the Holy Quran and spreading provocative propaganda campaigns against Muslims and foreigners. 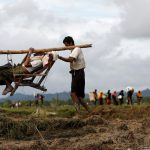 A few days ago, Rakhine State residents in Myanmar were warned of the army’s plans to carry out an ethnic […]