Charity from Punjab Muslims to a Sikh Temple

Muslims in Malerkotla in the Indian state of Punjab donated 330 kantars of wheat to a charitable kitchen of a Sikh temple. On this occasion, the temple provided free food to people regardless of their religion and color; Muslims supported their societal mission. 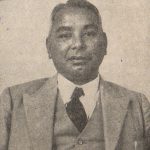 Myanmar celebrates Martyrs' Day on July 19th each year to commemorate the leaders who were killed in 1947. Among the founders of modern Myanmar was a Muslim leader who died before fulfilling his dream of building a society based on coexistence between Muslims and Buddhists.