A Smart Application for the Muslims of Blackburn

The Muslims of Blackburn praised an unknown citizen, who developed a smart application, that determines the time of prayer, Qiblah, and nearest mosque. The developer remained anonymous refusing to receive praise over what he considers as a religious commitment. 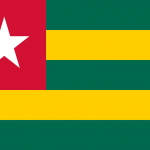 Togo Seeks a Future Without Terrorism

Togo, located in West Africa, recently implemented international and national measures to end the threat of terrorism for its future generations. The country, in which Muslims make up 20% of the population, hopes that it will be able to continue implementing its development plans to improve its citizens’ lives.