The European Union of Journalists

The European Union of Journalists intends to launch online lectures, in early 2021, that train journalists to narrate balanced stories about Islam and use non-discriminatory terminology. 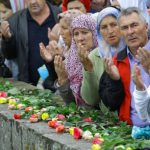 Serbian Muslims expressed concerns about being exposed to sectarian violence, after the attacks targeted Muslims in Montenegro, which shares borders […]