On November 16 of each year, the world celebrates Tolerance Day to encourage tolerance, respect, dialogue, and cooperation between different cultures and religions. These are important values that the world and its future generations need. 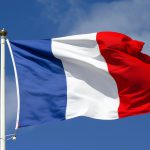 After the Nice Attack, Muslims of France were blamed for every crime even before the details were revealed. The strongest evidence of this is found in the Avignon and Lyon incidents, which showed that Muslims were victims, not perpetrators.

Efficiency of Muslim Students in India

Several mosques in the UK organized a charitable ... Read More

The difference between knowing human rights and believing in them! (Infographic)

A survey by the Finnish Ministry of Justice ... Read More

«The Journey».. a movie that tells the story of the Year of the Elephant

A Japanese-language animated movie was released that tells ... Read More