After the Nice Attack, Muslims of France were blamed for every crime even before the details were revealed. The strongest evidence of this is found in the Avignon and Lyon incidents, which showed that Muslims were victims, not perpetrators. 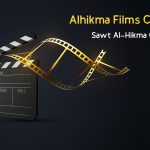 The Sawt Alhikma Center launches the Alhikma films campaign during Nov. and Dec. of 2020, which aims to publish documentaries […]

Melaka Al-Quran Museum was opened to the public ... Read More

The Crisis of Sheikh Jarrah neighborhood in Jerusalim

The city of Jerusalem has been witnessing violent ... Read More

Museum of Islamic Ceramics in Cairo

The Museum of Islamic Ceramics in Cairo focuses ... Read More