The Secretary-General of the Organization of Islamic Cooperation (OIC), Dr. Yousef A. Al-Othaimeen, affirmed that Sawt Al-Hikma Center of the Organization of Islamic Cooperation has highlighted the crises caused by terrorist groups, such as Boko Haram in the Lake Chad countries, Al-Shabab in Somalia and ISIS in West African countries. It revealed the extent of the threat posed by terrorism and the efforts of the OIC countries in defeating this danger, such as the Benin National Strategy for the Prevention of Violent Extremism, and the efforts of the African Sahel States to stop cross-border terrorism. The Secretary-General added that African OIC member states featured prominently in the work and interests of the Center, which devoted 2020 to launching a comprehensive campaign to highlight the efforts of African OIC member states in various fields.

The issues of Muslim minorities in many African countries were addressed within the efforts of the Center, which contributed to supporting Ethiopian Muslims in their quest for recognition, addressed the issue of the rights of Ghanaian Muslim women and students and the endeavors of Liberian Muslims to consider their religious holidays as official holidays, and aided in the crisis of the call to prayer (Athan) in South Africa.

Al-Othaimeen indicated that the Center was also sought to introduce the experiences and programs that African countries are undertaking to enhance coexistence, such as the DM System project for peace in Mali, the efforts of Muslim and Christian youth associations to spread coexistence and rapprochement in Chad, and the campaign to combat violence in Chadian schools and universities.

The Center conducted many activities and events in African countries. These included the dissemination of content in the three OIC official languages (Arabic, English and French) to raise awareness through its website.

The Center sounded the alarm of the need to pay attention to the adverse effects of the novel coronavirus pandemic, which led to an increase in the number of terrorist operations due to governments being busy addressing the repercussions of the pandemic. Sawt Al-Hikma Center warned against being absorbed by the pandemic and called for urgent action to contain the worsening problem of terrorism.

Sawt Al-Hikma Center is planning to produce many video footages and designs and is working on seven short documentaries on Uganda, Togo, Benin, Cote d’Ivoire and Mozambique. These documentaries aim to discuss the problems of African countries, particularly the issues of coexistence, tolerance, combating extremist ideology and educating future generations to accommodate cultural diversity and accept the other.

Sawt Al-Hikma Center is a forum for dialogue, peace and understanding. It was established at the headquarters of the OIC General Secretariat in October 2016, and aims to utilize all means and mechanisms of conventional and social media to expose and deconstruct the extremist discourse and disclose the ideological and religious foundations of this phenomenon. The Center has, since its inception, succeeded in delivering its messages to millions of followers around the world. 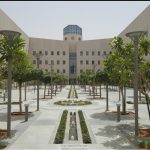 The Ministry of Education in Saudi Arabia announced its preparation of new curricula, which seek to develop the values of […]