Questions About Islam in Mozambique

Muslims in Mozambique, in East Africa, perceive Islamophobia to be a result of a lack of knowledge about Islam.

In a film produced by Sawt Alhikma, Muslims answer questions from people of other religions about Islam in Mozambique. 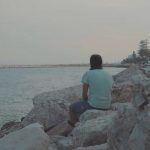 A young Tunisian tells his story for the first time about being involved in ISIS for years. In this film of the Alhikma Films campaign, Sawt Alhikma reviews how he was recruited and lured into fighting a war, which he described as a "lie", in Syria.

Mahmud Jamal was appointed to the Supreme Court ... Read More