Members of the American Congress expressed their concerns about content on social media that demonizes Muslims. It demanded that Facebook take strong measures to prevent hate speech against Muslims, noting that calling for violence on social media is unacceptable. 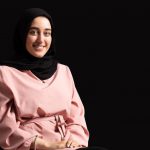 A young Muslim-American woman, Iman Dobouni, from Dayton, Ohio, launched a social media blog that shares all the modest fashion […]