Civil organizations in Europe noted that the mosques in Germany were subjected to 122 attacks in 2020. The indicators of violence towards German Muslims, comprising around 4.5 million people, have shown continuous increase during the past 6 years. 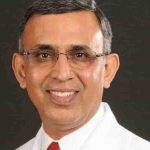 The Muslim physician, Omar Atiq, became the talk of the American media after forgiving the medical fees owed from 200 cancer patients of his medical center in Pine Bluff, Arkansas. He forgave 650 thousand dollars to relieve his patients during the Corona virus Pandemic.