Robert Saleh became the first Muslim to hold the position of head coach for the New York Jets American football team. Muslim communities considered it a step toward diversity in America showing that Muslims are part of contributing to its progress. 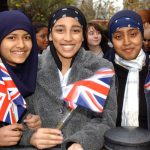 A Muslim girl is threatened with expulsion from her school in England for refusing to wear a short skirt, as […]