UN Secretary-General warned that white supremacy and neo-Nazi movements are becoming a “transnational threat” after representing an internal threat in several countries. He calls for a global coordinated action to defeat this “growing danger.” 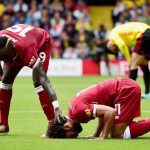 Islamophobia in the English Sports Fields