“Sawt Al-Hikma” Calls for Declaring March 15 as International Day of Solidarity against Islamophobia.”

Sawt Al-Hikma Center of the Organization of Islamic Cooperation (OIC) calls on the OIC member states, all states of the world, governmental and non-governmental organizations and all human rights and religious freedom activists, to urge the United Nations to declare March 15 of every year as International Day of Solidarity against Islamophobia.

The Center believes that this call comes at a time when international reports and official statistics reveal an alarming growth of anti-Muslim sentiments and attacks worldwide, especially in countries with Muslim minorities, which prompted many voices to warn of the spread of an “Islamophobia epidemic” that is fueled by hate speech and prejudice against everything that has relation to Islam.

“Sawt Al-Hikma” points out that this call comes as a continuation of its previous efforts in this regard, as it launched a global campaign to collect e-signatures last year, calling on the United Nations to declare March 15 of every year as International Day of Solidarity against Islamophobia, a campaign that witnessed great interaction on Social Media, as many people from different countries of the world participated in the campaign. Yet, the situation remained the same and the center did not receive any clear response, regarding its call, from the United Nations.

March 15 was precisely proposed to be an International Day of Solidarity against Islamophobia as it marks the anniversary of the attack on the two mosques in Christchurch in New Zealand in 2019, in which dozens of Muslims were killed while performing their prayers. It is an attempt to warn of the devastating consequences of spreading hate and hostility towards Muslims and the heinous terrorist crimes resulting in robbing innocent people of their lives.

The center’s call is based on several statements of Mr. António Guterres, the current Secretary-General of the United Nations, in which he repeatedly warned of the rise of Islamophobia worldwide and its effects on the situations of refugees, the role hate speech plays in spreading this phenomenon, and how anti-Islam is one of the factors that fuel terrorism, to the interest of extremist organizations.  Therefore, responding to the call for observing an international day of solidarity against Islamophobia, accords well with those statements.

The Center also affirms that Islamophobia is acknowledged as a crime according to (the United Nations Declaration on the Elimination of Racial Discrimination in All Its Forms), since all that applies to racial discrimination also applies to Islamophobia, which makes this phenomenon a denial of the principles of the United Nations Charter, a violation of human rights and fundamental freedoms declared in the (Universal Declaration of Human Rights), an obstacle to the establishment of friendly and peaceful relations between nations and a reality that would disturb peace and security among nations. Thus, opposing and confronting this phenomenon, and raising awareness of its danger, is a crucial and urgent need.

Therefore, Sawt Al-Hikma Center hopes that its call will garner the necessary support to urge the United Nations to respond to this demand, and to declare March 15 of each year as “International Day of Solidarity against Islamophobia”, which will contribute to encouraging all institutions, bodies and individuals in various countries of the world to address this phenomenon, eliminate its causes, and create favorable conditions for multi-ethnic and multi-religious societies to be inclusive and harmonious. 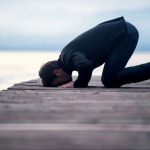