Several mosques in France criticized the new regulations set by the French Ministry of Agriculture and Food to ban the slaughter of poultry in line with Islamic principles, as it “sends a negative message to the Muslim community in the country ahead of Ramadan.” 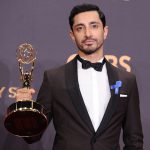 Actor Riz Ahmed has been under the Western Media spotlight recently, after being nominated for Academy Award’s Best Actor, to become the first Muslim to be nominated in this category, which many see as a change in Hollywood’s negative stereotypical view of Muslims.