A non-profit organization announced that 5 English clubs signed up to a recently launched charter to protect the rights of Muslim athletes and respect their beliefs, amid welcome from the players who confirmed that they suffered at times because of being Muslims. 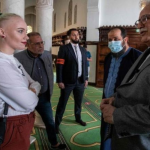 The dean of the Grand Mosque of Paris presented a Quran to the French teenager, Mila, who sparked a great […]