The French National Assembly adopted the controversial anti-separatism bill, which its critics see as targeting French Muslims, the largest Muslim community in Europe, while the government believes that it will battle extremism and address separatist tendencies. 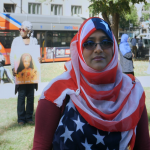 Documentary “American Muslims”, by Adam Zucker, has been produced in the USA recently. It chronicles 5 diverse Muslims and reviews […]