A few days ago, Germany celebrated the 15th “Open Mosque Day”, amid remarkable interaction and media coverage. German President Steinmeier expressed his thanks to Muslims and hoped that their contributions to German society would receive due appreciation. 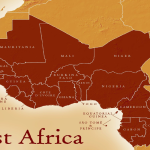 The Muslim Rights Concern (MURIC), has raised the alarm about the danger confronting Islamic studies and Arabic language in West […]