Azan on loudspeakers in Cologne

Authorities in Cologne, Germany have announced that the Azan will be allowed on loudspeakers on Fridays. Cologne Mayor said: “Our Muslim citizens are an integral part of our city. Hearing the call to prayer alongside church bells shows that we value diversity”. 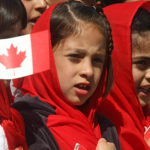