Qamar Al-Islam.. Doctor of the Poor

The story of the Muslim Bengali doctor, “Qamar al-Islam”, was widely circulated on social networks, after a press report revealed that he had, for years, treated poor patients in his hospital and managed to perform more than 1,000 kidney transplants for free.

Bangladesh The Prophet of Mercy Video 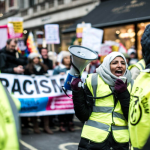