The British Home Office said that Muslims were the target of 45% of hate crimes recorded between March 2020 and March 2021, prompting the Muslim Council of Britain to condemn the “pervasive form of bigotry” and the threat it poses, especially to young Muslims. 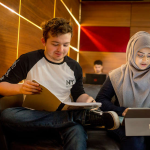 Every November, “Islamophobia Awareness Month” is held in the UK by MEND in cooperation with several parties to raise […]