British MPs accused PM Boris Johnson of ignoring Muslims as he has not responded to a call for action on Islamophobia for a year.

An MP wrote to the PM in November 2020 warning of rising hate crime and questioning the government’s inaction in tackling the issue. 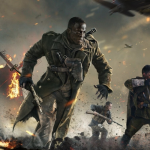 Call of Duty: Vanguard developer has apologized to the Muslim community for featuring smeared and scattered pages of the Qur’an. […]