Call of Duty: Vanguard developer has apologized to the Muslim community for featuring smeared and scattered pages of the Qur’an.

Activision expressed its regret, stressing that what had happened was an unintended mistake and it has been removed. 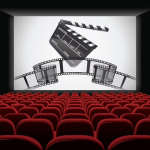 National Commission for Minorities in India said that it had received complaints from Muslim, Christian and Sikh groups, calling for […]