The British government apologizes to a Muslim citizen

The UK government has apologized to a Muslim who was falsely described as an extremist hate preacher. Aidan Eardley, legal counsel for the home secretary, said that the accusation was a “big mistake”, expressing his regret for the damage caused to “Salman Butt”. 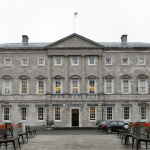 The Irish parliament is trying to solve the issue of immigrants’ access to healthcare services, as it found out that […]