Bollywood movie Sooryavanshi is facing immense backlash for its Islamophobic content, despite being a box-office success in India.

The global outcry is growing over the movie as it incites extremism and violence, amid demands to condemn such movies and stop producing them. 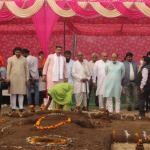 After Hindu right-wing groups had seized sites designated for Muslim Friday prayers in Gurgaon in the Indian state of Haryana, […]