Israeli media reported that the occupation army has allowed its troops to shoot Palestinian protesters who throw rocks at them even as they are fleeing, a decision described by observers as a blatant disregard to international law, humanitarian law and human rights. 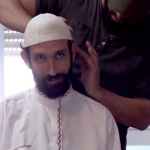 «Returning to the Mount» group