The Secretary-General of the Organization of Islamic Cooperation (OIC), Dr. Yousef A. Al-Othaimeen, affirmed that Sawt Al-Hikma Center of the Organization of Islamic Cooperation has highlighted the crises caused by terrorist groups, such as Boko Haram in the Lake Chad countries, Al-Shabab in Somalia and ISIS in West African countries. It revealed the extent of the threat posed by terrorism and the efforts of the OIC countries in defeating this danger, such as the Benin National Strategy for the Prevention of Violent Extremism, and the efforts of the African Sahel States to stop cross-border terrorism. The Secretary-General added that African ... Read More

The OIC and Humanitarian Work (Infographic)

The world celebrates World Humanitarian Day in August every year, a day that reminds us of the OIC’s humanitarian work, particularly its activities in member and non-member states and its participation in international efforts to combat the corona virus.

Secretary-General of the OIC, Dr. Yousef bin Ahmad Al-Othaimeen, stated he pays special attention to Muslim minority issues in non-Islamic countries. Muslims must act morally outside their communities in adherence to the values of Islam, which call for coexistence. 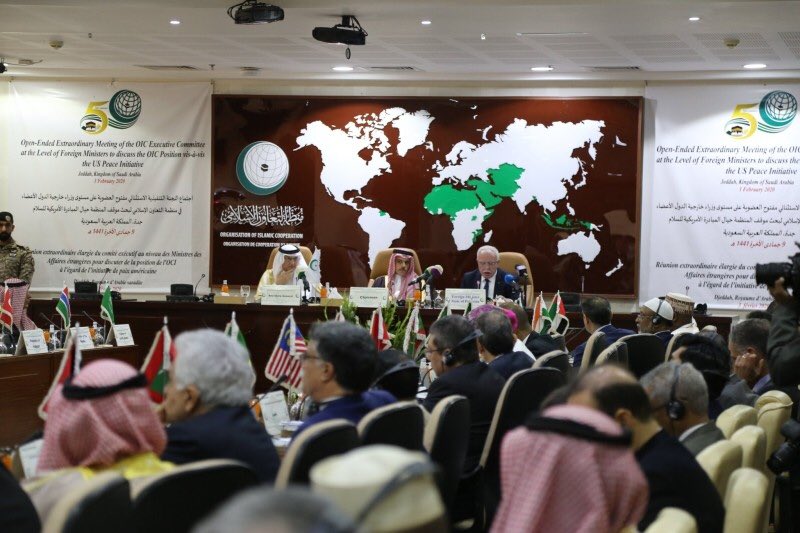 After the Executive Committee meeting between foreign ministers, the OIC announced its complete rejection of the Deal Of The Century because it lacks the simplest elements of justice and does not meet the basic rights of the Palestinian people.‬

Gambia, represented by the OIC, has announced that it has filed a lawsuit at the UN's International Court of Justice that accuses Myanmar of genocide against the Muslim Rohingya and demands justice.

The State of Guyana Could Become the Richest in the World

The International Monetary Fund (IMF) has predicted a boom in the economy of the Organization of Islamic Cooperation (OIC) member, Guyana, after it began producing oil, up to 750,000 barrels per day by 2025, possibly making it the richest country in the world.

Refugees Living in a State of Integration and Coexistence

‪It is estimated that there are more than 20 million refugees in the OIC countries due to wars.‬ In a documentary produced by #Sawt_Alhikma, we show how entire generations have grown distant from their homelands, history and culture as they integrated in different environments.

The construction of the As-Salam Mosque in Santiago began in 1988. This is the first mosque to be built in #Chile and has been financed by contributions of the OIC. It includes a center that spreads Islamic faiths and helps Muslims.

The Islamic-Christian Dialogue, which the OIC intends to launch in cooperation with Russia in the coming days, represents a new step on the road to tolerance and building bridges of trust among the followers of the two largest divine religions in the world.